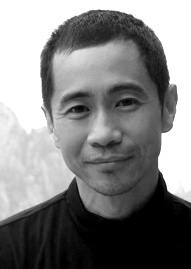 Mr. David Liu is a 3-time Olympian representing Chinese Taipei in figure skating. He holds a Masters degree in dance and is currently teaching a contemporary dance movement language called Gaga at the HK Academy for Performing Arts.

Mr. Liu co-founded the production company Solidwater Productions based in Hong Kong and New York and was Co-Artistic Director of the Ice Theatre of New York. He has performed, choreographed, produced, and directed for television and various leading dance and skating companies around the world – including Japan, Taiwan, Singapore, China, Hong Kong, Germany, the Netherlands, and the United States. Currently Mr. Liu produces and directs major special events and is a guest lecturer at the Hong Kong Academy for Performing Arts.

Save products on your wishlist to buy them later or share with your friends.